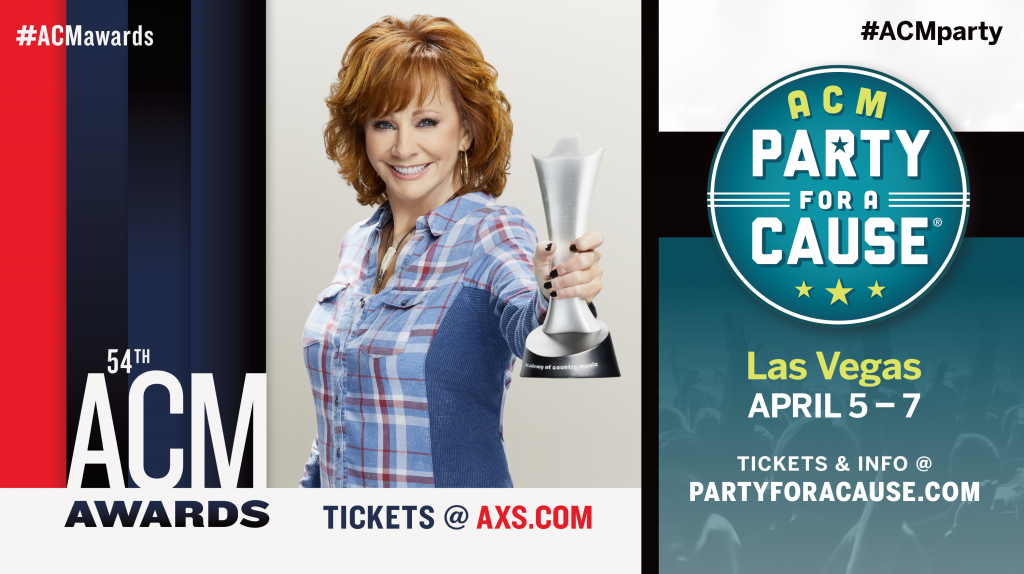 Shawn and Elaina are sending one lucky listener and a guest to Las Vegas to attend the 54th Academy of Country Music Awards and ACM Party for a Cause®!

Listen to Nash Nights Live all this week to find out the secret text keyword to enter for your chance to win!

The winner and guest will be treated to a VIP weekend in Las Vegas, including flights to and from Vegas, three nights hotel at the MGM Grand, and all of the following amazing experiences:

Don’t miss the 54th Annual Academy of Country Music Awards hosted by Reba McEntire at the MGM Grand Garden Arena on April 7th at 8:00 PM ET/delayed PT on CBS.  Honoring and showcasing the biggest names and emerging talent in country music, and performances by your favorite superstars (to be announced soon)! Tickets for ACM Awards are available at www.AXS.com, and more info at www.acmcountry.com